In the wake of the school shooting in Florida on 14 February 2018, I’ve been hearing and reading a lot of chatter around the idea of teachers being incentivized to carry guns in the classroom. However, before I get into why this is a bad idea, I want to disclose some personal facts. One, I have experience with guns and I shoot a few times a year. I mainly shoot long barrel weapons, i.e. rifles, which are generally more accurate because of the long barrel, although that’s all relative to the distance of the target. Second, I am a teacher. I have been for five years now. Third, I have been involved in the martial arts in one way or another since I was three years old. I’ve also worked security details and bounced on several occasions working my way through school to become a teacher. I have a good deal of friends and family who are teachers, in law enforcement, in the military, and/or security. I’ve provided pics of myself as evidence in this post.

Below there are links to various news articles, studies on stress factors in firing a gun, and a video from from former Navy Seal Battalion leader Jocko Willink on firearms training.

And now I begin my argument. “Everyone has a plan until they get punched in the face” said Mike Tyson, and it’s true. Stress changes everything. Try writing with a pen or pencil after being in a heated argument and see how steady your hand is. For most people it won’t be so steady. Heart rate increases under perceived stress. Fight, flight, or freeze responses kick in under perception of a threat. Now, these things can be trained out, but they require time in similar situations so that the individual learns how to breathe, and think under such elevated types of stress. We see this is sports, martial arts, especially ones that allow for live training, the military, and some law enforcement units. But, for the average person, they’re operating on their genetic predisposition to stress and their level of physical conditioning to get them through those situations. Here’s why this is important, I’ve seen teachers lose their composure when a teenager gets in their face. A child, without a weapon, without any lives on the line, still can’t handle it. (I also know of teachers who have broken up fights without breaking up a sweat, but these guys/gals usually have spent some time in the martial arts, but there are always exceptions.)

Let’s look at how often we come across stories of police hitting bystanders. I don’t have the exact number, as it varies from locale to locale, but we all know it happens more than we’d like. Why does this happen? Mainly, for two reasons, one, police officers are usually required to qualify with their firearm once or twice a year, and a good number of them don’t fire their weapon at all for the rest of the year. Those who are in special units or in areas where they’re more likely to pull and fire their weapon would naturally train with it more than someone who patrols a nice neighborhood with little to no incidents of violence. It’s just human nature. So, these police officers pull their weapons under a highly stressful situation and miss their target by feet, not inches. Imagine if there were 20-30 children within a few feet of a gunman. Now imagine someone with significantly less training or experience in these kinds of high stress and violent situations firing a weapon that with the shake of the hand to the right or left could miss its intended target and kill or seriously injure an innocent bystander, in this case a child.

I have teachers who still can’t properly use a SmartBoard or comparable piece of technology because they either a) don’t have the time together trained on it, b) don’t care to know how to use it outside of it’s most basic function,  c) don’t use it at all, or d) break it whenever they touch it. I don’t want these people carrying guns into a school where I’m teaching or my child is attending. It’s the wrong answer to a very serious problem.

Teachers barely have enough time or training to keep up with the pace in which this world is changing. Their job is to teach, to educate. If they wanted to carry guns and shoot people they would have been police officers. Perhaps we can take that money and spend it to create highly functional within local law enforcement to operate as the line of defense for our schools. Perhaps they could set up a command post on school grounds or inside the building where they work with school security to get to know the students and their habits. Maybe even put some of that money into hiring more psychologist and counselors to help those students who may be in anyway close to approaching or just contemplating that kind of behavior.

I have no issue with beefing up protection around schools, I mean this is where we send our children after all. My concern is that the focus is directed. There is a larger conversation to be had about gun regulation across the various states of the union, but that isn’t this post. Let’s work together with those already in position to protect and serve to find a safe and effective way to protect our students and our teachers. Let teachers teach. Allow students the opportunity to learn in a safe environment. Let’s not think we can we can paint spots on a house cat and call it a leopard. The time, effort, energy, and funding it would take to transform the average teacher into a, well citizen solider is high. Just look at what it costs to train a new recruit in the military. Then they’d need to maintain their level of proficiency. Because, I certainly wouldn’t want a teacher in a classroom with a gun who only shoots once a year on the day a shooter came into school, the bodycount would just start rising as more shits were fired.

In closing, I think we need to have a conversation as a nation about guns and how to keep our children safe while they’re attending school. I don’t think arming teachers is the solution. Everyone is ready to fight until they’re actually in one. I don’t want to find out that one of my students, one of my friends’ children, or in the future my own child was shot by a teacher who shot well at the range but lost it under the pressure of a live shooter and the potential loss of life he presented. Let’s figure this out together. Let’s understand there are much more effective ways to protect our children than to attempt to train and arm teachers.

Jocko Willink on Training Guns as a Martial Art (Video)

(Quora) How long does it take to get decent at shooting firearms? 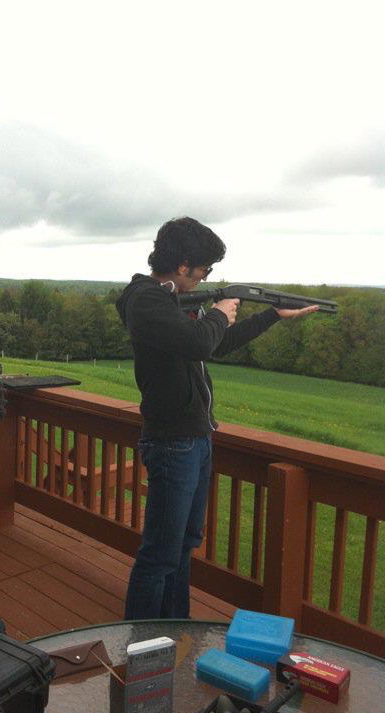 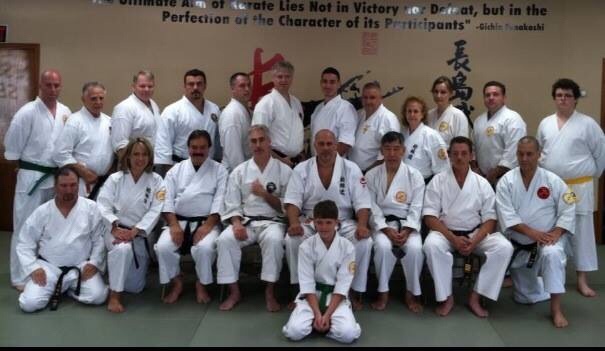 3 thoughts on “On the Topic of Guns in Schools”

This site uses Akismet to reduce spam. Learn how your comment data is processed.

My Fifth Parent Teacher Conference: A Reflection and Advice for New Teachers